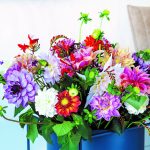 With a rich history of some 115 years, Kapiteyn is among the most renowned Dutch companies specialised in the cultivation, breeding and sales of flower bulbs. With the third generation at the helm and the fourth generation approaching, the family-run company is still expanding with great care and hard work. A brief overview. 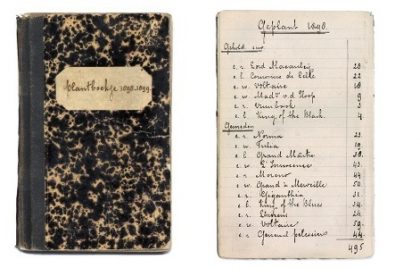 How it all began
Leonardus (Leen) Kapiteijn became the boss at a new flower bulb company in Lisse, founded by one of his fellow colleagues. In a plant booklet, he kept close track of all the varieties that were planted, harvested and processed each year. Companies are managed on the basis of detail and performance.

1920 Knowledge is our strength 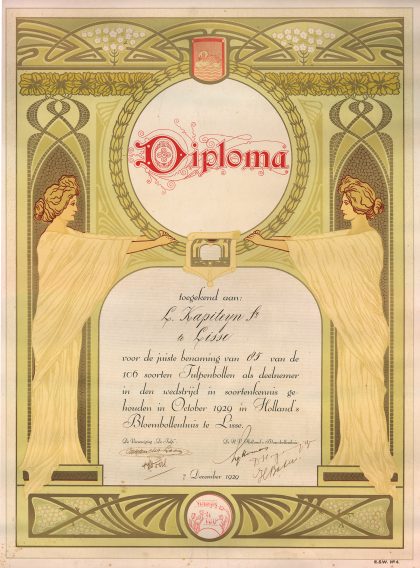 Knowledge is our strength
Gathering knowledge has always been very important within the family business. Leen Kapiteijn laid the foundation for this and won many a prize in his golden years for his knowledge of varieties. In turn, he transferred this knowledge and his entrepreneurship to his sons, whom he also required to go to England and France to learn the language of the country. 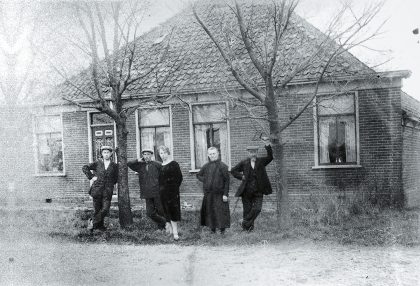 Start of Gebroeders Kapiteyn (first generation)
Two of Leen Kapiteijn’s sons, Jan and Cornelis, purchased four hectares of land on the Meerweg in Breezand and founded the company Gebroeders Kapiteyn. Helped and guided by their father Leen and brother Adriaan, they started there with the cultivation of flower bulbs. As one of the first flower bulb growers, Jan and Adriaan moved to the northern part of the province of North Holland. This part of the Netherlands has now developed into the largest continuous flower bulb area in the world. 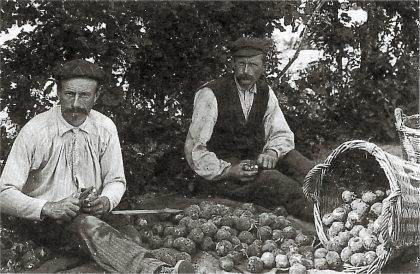 First permanent employees (first generation)
Since the family business continued to grow, the first employees were hired in the early 1930s. Some of them enjoyed it so much that they remained loyal to the company for forty years or more, until their retirement. Initially, mainly tulips were cultivated and to a lesser degree, narcissi. Later, hyacinths were also added.

1937 Second location on the Middenweg 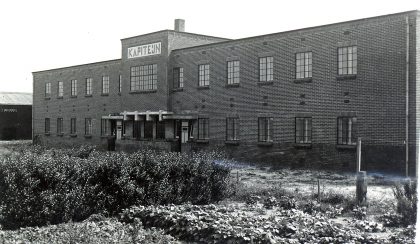 Second location on the Middenweg (first generation)
In addition to the farm on the Meerweg that was purchased in 1926, the Gebroeders Kapiteyn were also offered a piece of land on the Middenweg that had a five-year-old double-deck flower bulb shed, which was considered modern at the time. The main office of the family company is now located at this site. 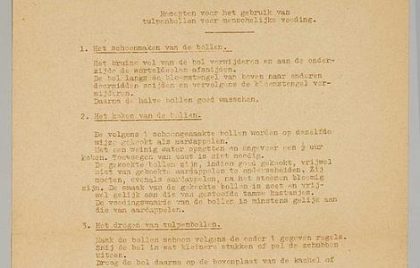 Tulip bulbs on the menu (first generation)
While flowers often offer solace in difficult or sad times, people have other priorities in times of war. Moreover, the few flower bulbs that were still around ultimately served as food during the hunger winter of 1944/1945. 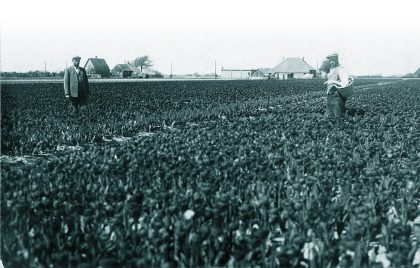 The family business expands even further (first generation)
In this year, a piece of land with buildings was purchased on the Grasweg. Later the area would be expanded even further and first the nursery and later the breeding department would be established here as well.

1953 On the road five months of the year 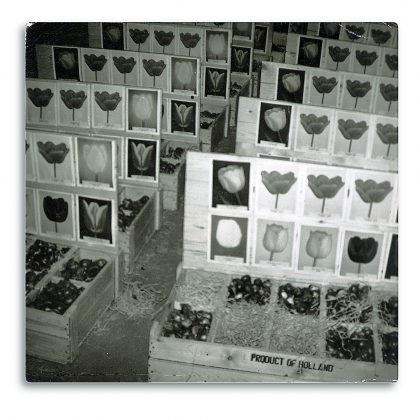 On the road five months of the year (second generation)
The second generation entered the company at a rapid clip. Two sons each from Cornelis, Jan and Adriaan. Leo, a son of Jan, regularly went on business trips to the US. Not for a couple of days but usually for about four to five months a year. He made the crossing by ship, which took twelve days at the time. Given the tremendous distances he had to cover in the US, he bought a car when he arrived and sold it again when he returned to the Netherlands. There, he focused his attention on the management and growth of the nursery. 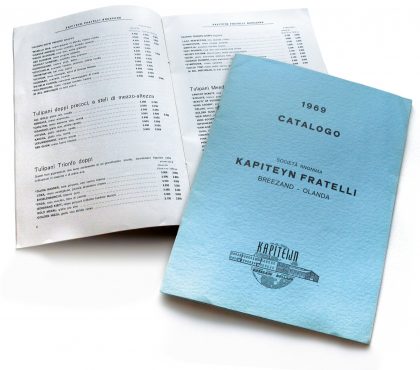 To Italy (second generation)
On the day that Leo, a son of Cornelis, received a Simca 1000 at his disposal, he immediately drove to Italy. In a haphazard attempt and armed with an order book and a pen, he headed into the mountains with this car, where many small nurserymen were active. “There were times when I had to leave that little Simca at the bottom of the mountain and go up on foot. And I can tell you, we Dutch are not really used to climbing mountains, certainly not in such heat.” Leo, son of Adriaan, in turn, travelled to France and also arranged the purchasing and administration, while his brother Hans acquired his first travel experience in England. Harrie, son of Cornelis, and Jan, son of Jan, mainly supported the team at the nursery. 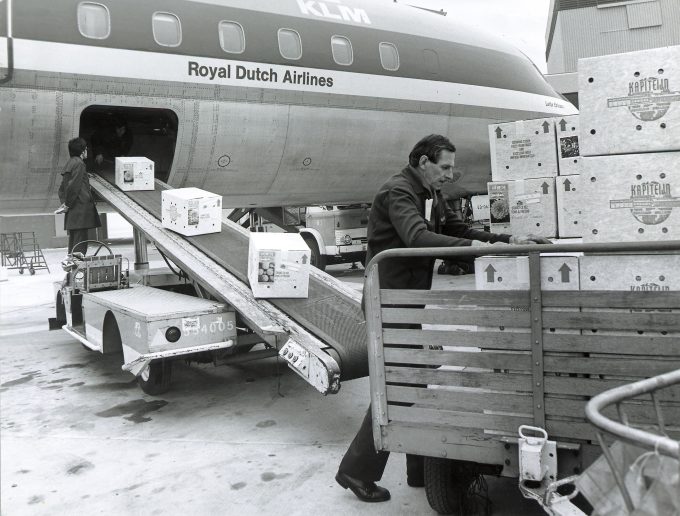 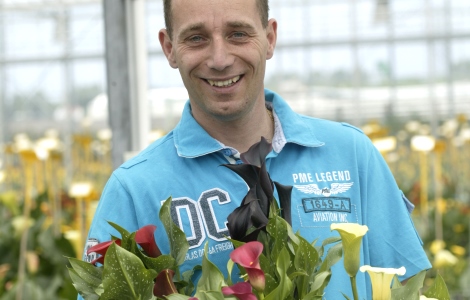 The love of a Kapiteyn (third generation)
When the third generation arrived, they came in contact with the Calla. It was love at first sight. But it became quickly clear that life is not always a bed of roses. Cultivating and breeding this product appeared to be extremely difficult and the first forcer had a loss of up to 75 percent. Could this still have a happy ending? In the meantime, Kapiteyn knows its Callas inside out and our love for this beautiful flower variety has only become stronger. 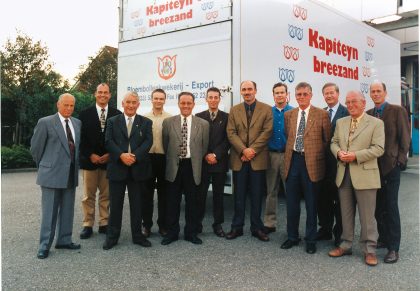 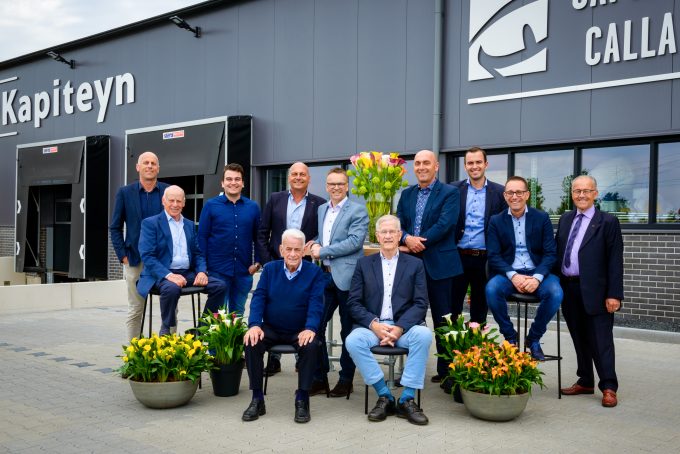 If you would like to know more about the history of our company, we would be pleased to send you the book, ‘Continuity through Innovation’. This book covers the time period 1926-2001 and has been published in both Dutch and English on the occasion of the 75th anniversary of our family company.